Other enhanced photos of Adamski

Two photos from the original contact on 20th Nov. 1952

The three frames below were taken by George Adamski. The first one through his telescope and the next two with a Kodak Brownie camera. They were taken before the actual contact took place. I have removed the second Brownie photo.

This photo is a shot of the craft as it was moving away - after it had "posed" for a period of time for George Adamski in a small gully where Adamski was standing. He quickly used his Ihagee-Dresden Grafles camera attached to his reflector telescope (he took 7 photos in all with this setup) to take this successful shot before it "repositioned" itself (see photo above) although it is very blurry. This is the photo which was shown in the newspaper article some days after the desert events. I have done the best enhancements possible and the photo clearly shows a craft structure and the three "balls" underneath. 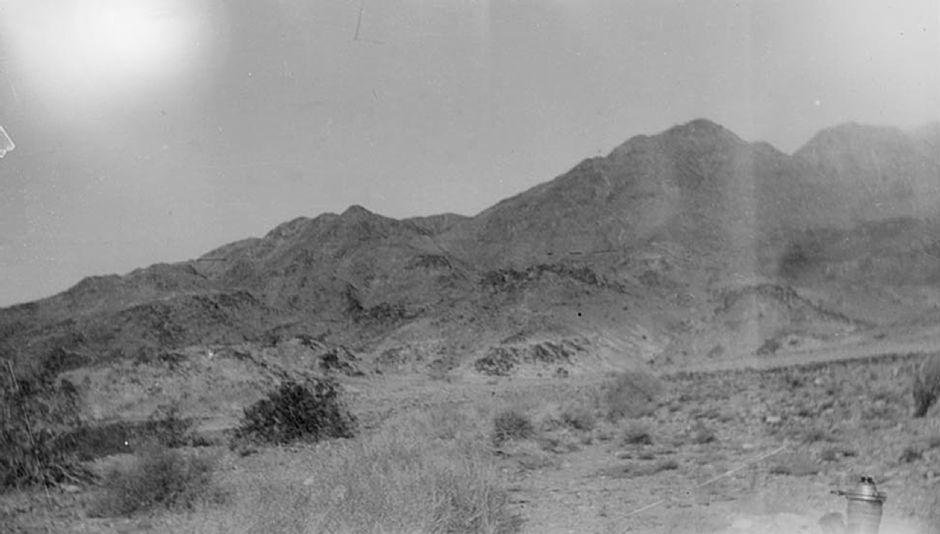 This is the first photo taken with the Brownie camera on 20th November 1952 by Adamski. The three (Lucy Mcginnis, Al Bailey and George Adamski) had just arrived at the "suitable spot for Adamski" and beginning to set up the telescope and boxes for Adamski. In the upper left corner and to the right above the mountain rim - several things are going on. Also in the center (somewhat to the left) a bright reflection can be seen.

Things were already in motion at that time.

Zoomed version of the upper left corner of Brownie photo 1

Reflection in the hill-side just in the middle of the photograph. Appears to be a craft behind the hill.

The fourth Brownie image just before the "person" waved to Adamski.

Zoomed picture of the "person"

I am a Danish painter, photographer and researcher (researcher of all things human and extraterrestrial) - Have been painting for many years and have been photographing professionally for 8 years. I want to thank all the models who I have shot up until today - every single one of you have been an outstanding pleasure to work with. I'm sure I will photograph many more in the years to come.