From the original material taken during Apollo 14 - in January 1971 - command module is seen hanging from its three shutes descending slowly towards the water. In this image - in the clouds "below" (behind) the command capsule - a 90 degree-angled cloud (or hole in the cloud) can be seen. Now that is an anomaly if I have ever seen one! - At the time it was postulated by many that the American Space Program was followed and observed by ET's.

If you study the whole film-clip (which is taken from inside a rescue helicopter) the person filming this descend clearly sees something in the viewfinder, and tries to cover it up by moving the camera further into the helicopter - in that way obscuring what is seen in the clouds.

I guess what we see could be a large craft (cigar-shaped) following the descent.

Back in those days, a lot of things happened "openly" so to speak - Not like today where everything is covered up as much as possible. 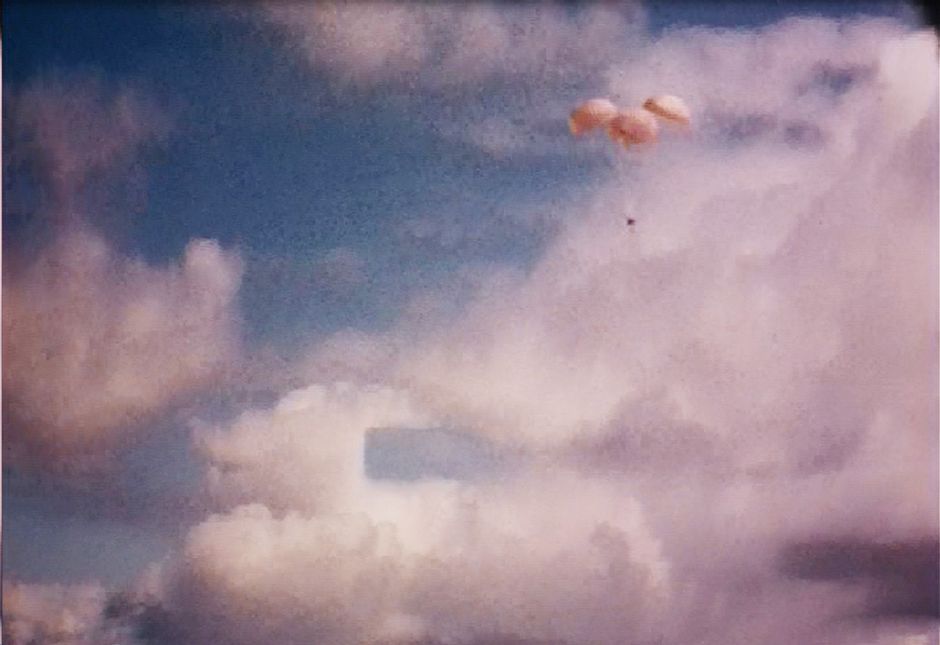 movie sequence Landing of Apollo 14 with strange shadow in the clouds. Look how the cameraman tries

Cameraman sees object and moves camera into the helicopter to hide this fact.

I am a Danish painter, photographer and researcher (researcher of all things human and extraterrestrial) - Have been painting for almost 50 years and have been photographing for 7 years professionally. I want to thank all the models who I have shot up until today - every single one of you have been an outstanding pleasure to work with. I do hope of many more shoots and that many more models will stop by Copenhagen.